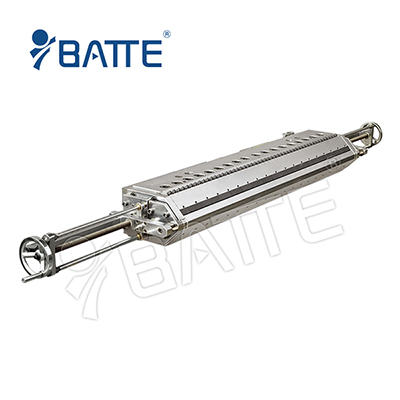 Casting Casting film production process using cast film die casting film, with C prefix, such as: cast polypropylene film, said CPP film. Casting film extrusion film extrusion and solvent casting two. 1, Solvent Casting Method The film produced by solvent casting method has the advantages of thinner and better uniformity of thickness. The ultra-thin film of 1 ~ 3um is only used in some high-tech materials and is not used in packaging materials because Equipment investment, solvent toxicity, and the need to use a large number of solvents, solvent recovery equipment and operating costs are large, only a very small number of such as cellophane can not be difficult or difficult to use extrusion method of solvent production.

Cast film die casting solvent cast film production process is: the thermoplastic solution or the use of thermosetting plastic prepolymer sol coated on the peelable carrier, after a drying tunnel drying, and then melt plasticization After the film is cooled down, the film is peeled off from the carrier release surface to form a film. The carrier can be steel strip, silicone-coated release paper or roller. In the United States, some thin films that require ultrathin thickness and excellent planarity are made by casting the sol onto a heated mercury cell, removing the solvent from the film and taking up the film from the mercury surface.